Do You Focus Enough On Your Strengths In Your Career? 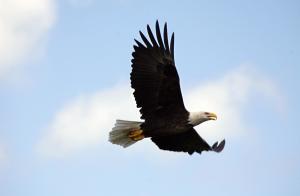 One cannot build performance on weakness, let alone on something one cannot do at all.”  ~ Peter F. Drucker, Managing Oneself

The importance of knowing and using your strengths in your career is illustrated in one of my favorite fables, the story of the animal school (Leo Buscaglia, Living, Loving & Learning, 1982):

The advice to focus on your strengths instead of your weaknesses by leadership experts such as the late Peter Drucker is also backed up by extensive research from the Gallup Organization which shows that if you can discover and focus on your strengths you will excel in your work and career. Unfortunately, the Gallup research also shows that only 20 percent of people surveyed globally feel that they can use their strengths every day. (Buckingham, Marcus, and Donald O. Clifton, PhD. Now, Discover Your Strengths, 2001)

If you are a manager, in your performance reviews do you focus enough on the strengths of your team members?

If you would like to learn more about how to recognize and use your strengths in your daily work or in the work of people you are managing, take a look at my book, The Boomerang Approach at: http://www.amazon.com/gp/product/0615979769/

PrevPreviousWhen You Love Your Work the Sky’s the Limit
NextDoes Your Work Meet the World Needs You Truly Care About?Next