Does Your Work Meet the World Needs You Truly Care About? 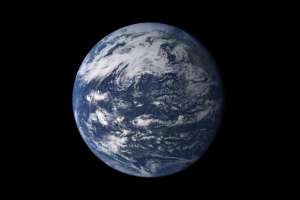 What needs in the world do you truly care about?

Answering this question will help you define your purpose and allow you to align your career accordingly. At a deeper level, the question of what you care about in the world is a question about your values. Therefore it is also important to ask:  Why do you care about this issue?  The issue that has the strongest link to your values will likely be at the top of your list of world needs. Your values are based on your personal history and experiences, and shaped by the people who influenced you. This can best be understood through an example such as the following.

A client of mine, (let’s call him Rob,) who was an accomplished process consultant, told me that what he cared about most was efficiencies in organizations and in society as a whole. Whenever he spotted inefficiencies, he became irritated and he wanted to do something about it, but it was not clear why it was so important to him.

So I asked him, “Why do you care about efficiencies?”

Rob said, “I care about it because I hate to waste valuable resources.”

This sounded like a logical answer and, after all, appeared to be a noble cause. For a moment I thought about stopping there, but sensing that there might be more, I repeated my question: “Why do you care about not wasting valuable resources?”

Rob was silent for a while until he said, “What I am really concerned about is that I don’t want people to lose their jobs. I believe that if we work more efficiently and don’t waste valuable resources, my company will stay competitive in the global market and the jobs will be protected.”

Risking that I might be asking the obvious, I asked again, “Why is it so important to you to protect jobs?”

But Rob didn’t react as if he was irritated. Instead, an expression crossed his face as if a light bulb went on and he said, “I think I know where this comes from. When I was a child my father lost his job through no fault of his own, and he remained out of a job for a while. I remember this time as a time of huge hardship for our family.” As we talked about how his father’s job loss had affected Rob later in life, he came to realize that from that moment on he had always cared deeply about protecting jobs.

Through his career as a process consultant, Rob has found a career aligned with what he truly cares about.

What world needs do you care about most and why?

If you would like to learn more about how to align your career with what you care about or if you are helping people you are managing through that process, take a look at my book, The Boomerang Approach at:  http://www.amazon.com/gp/product/0615979769/

PrevPreviousDo You Focus Enough On Your Strengths In Your Career?
NextA Baby Boomer’s Own Wake-up Call to His “True Calling”Next