Misalignment between your actual work and the work you would love to do. 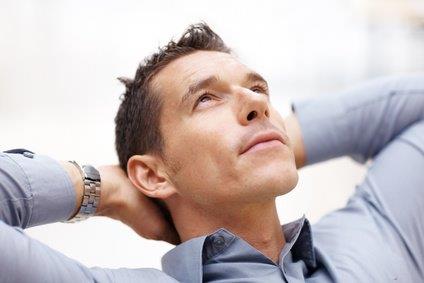 During conversations I have had in my travel and my work throughout the world, a question I would often ask was, “What do you do professionally?” When asked, people would openly share about their work and life. In those conversations I would not only listen to their words but also pick up on their energy. While describing what they were doing, their eyes often looked tired, their bodies seemed bent, their breath appeared shallow, and their voices did not express excitement.

When I sensed that the topic was exhausted, I often would ask a second question: “Now that you have told me everything you currently do, what is it you would really love to do?” In that moment the conversation would take a whole different turn. Their bodies would straighten out and open up, their eyes would shine, and their voices would now ring with excitement. They would suddenly appear to be more alive as they shared what they were passionate about and what mattered deeply to them in the world. Although some had more clarity than others, most had no concrete plan to pursue their passion. It existed either as a distant, blurry vision or something they would get to later in life when they could find the time.

I observed that, independent of gender, corporate rank, nationality, or even age, what all of these people had in common was that the work they were doing was not aligned with what they truly cared about. These professionals had successful careers, had corporate titles, important skills, experiences, and good incomes. They were what many people would call “successful”, but they were not passionate about what they were working on, and they were not doing what they truly cared about.

The more people I met who shared similar experiences, the more I became aware of the potential energy and happiness that could be unleashed if all of those people would do the work they truly cared about. I imagined the impact it would have on people’s lives, their families, communities, organizations, and society at large.

According to a MetLife Foundation/Civic Ventures Report (www.Encore.org/files/EncoreCareerChoices.pdf) forty percent of the 100 million people between the ages of 44 and 70 in the United States want to use their talents to improve society. Adding the potential from other countries, the number increases even more.

Helping to unleash this potential is the primary reason for my new book, THE BOOMERANG APPROACH. This book, which is now available through Amazon at: http://www.amazon.com/gp/product/0615979769/, is for people who are looking for meaning in their work, and for the coaches and managers who support them.

To what extent is your work aligned with your passion and purpose? I invite you to comment and share your experiences below.

If you would like more information or want to read an excerpt from the book please go to: https://boomerangcoach.com/resources/book/.